​  Our Annual Drag Racers Reunion has been relocated to Dothan, Alabama after 16 years in Panama City, Florida.

The move has been very well received and promises to be a much larger gathering than in the past.

The "Southeastern Drag Racers Association" was the name chosen for our endeavor after Sol and Ann Stewart retired the name "Old Drag Racers Reunion" in 2015. They had hosted the event very successfully for 15 years but decided it was time to turn it over to someone else.

Bob "Colonel" Tensfield took over in 2016 and changed a few things to further the idea of preserving and passing on the history of Drag Racing in the Southeast.

The reunion combines visiting with old friends and making new friends with a Car Show and Nostalgia night Race at the local Drag Strip.

The Hall Of Fame portion of the event honors well known Southeastern racers and industry leaders for their accomplishments in Drag Racing.

Thanks for visiting our site and please join us for our annual events on the last Saturday in September each year. 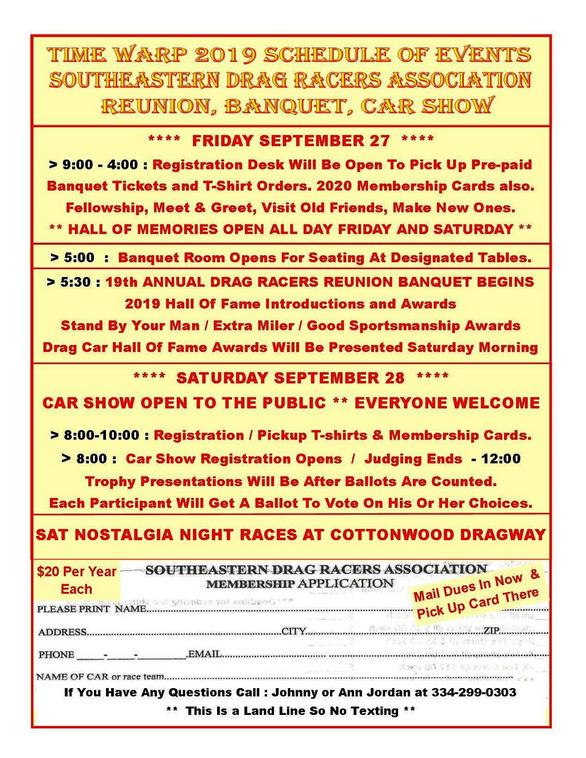